Our pan-cancer study of lncRNAs is now published at Cell Reports! We used a machine learning approach to find prognostic long non-coding RNAs in cancer and characterized the onco-lncRNA HOXA10-AS in detail as a prognostic marker in brain cancers (gliomas). HOXA10-AS appears as a potent oncogene as it regulates cell proliferation, invasion and contact inhibition in functional experiments with brain cancer cells, xenografts and organoid models. The study was co-led by Karina Isaev, a former graduate student of our lab at the UofT Department of Medical Biophysics, and Lingyan Jiang and Daniel Schramek et al. at the Lunenfeld-Tanenbaum Research Institute. We also collaborated with Shuai Wu and colleagues at the Huashan Hospital in Shanghai, China for additional validation of the HOXA10-AS marker in a retrospective cohort of glioma patients. 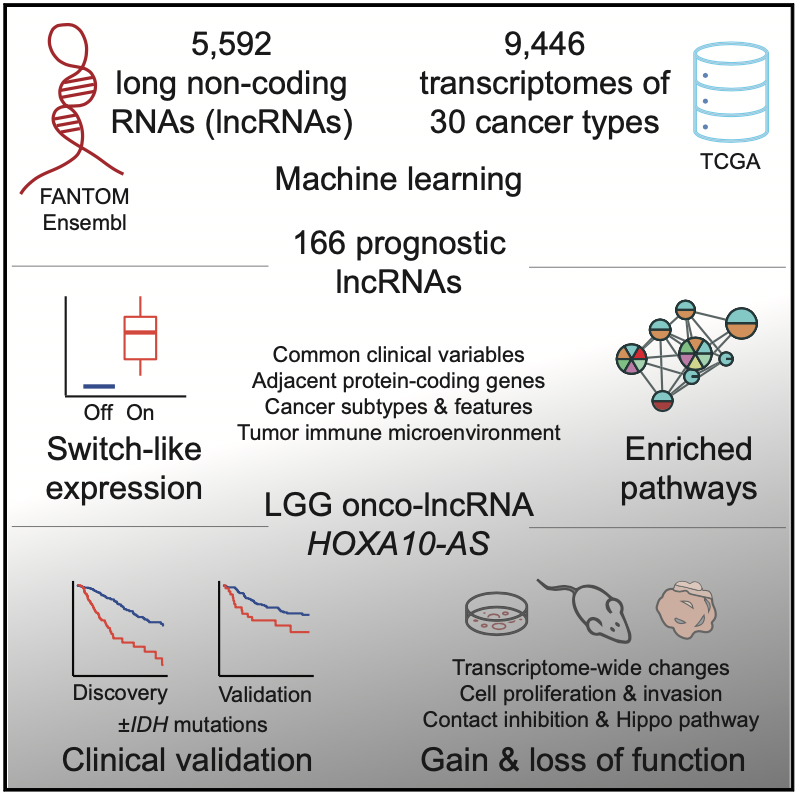